I have already activated my account
Resend activation link
We and our trusted partners use technology such as cookies on our site to personalize content and ads, provide social media features, and analyze our traffic. You can read more about it and change your preferences here.
Agree
481points
x
Facebook Pinterest Twitter Every old house has its secrets - from hidden treasures in the crawl space and secret doors to creepy basement passages and dark attics filled with ancient valuables. The history is all around us, and if you look hard enough, you can find a treasure trove inside your home. Below you'll see a list of people who made unintentional 'archeological' discoveries when on the task of home renovation and then found a way to put them to good use.

Some of the artifacts are small, like coins hidden in the wall, while others are more permanent features to the structure of the building, such as an old well in the floor and secret rooms. No matter the size we can all agree it's pretty cool to come across clues that tell us about times past, so scroll down below and enjoy these 'rare antiquities.' Don't forget to upvote your favs and may your treasure hunt be lucky!

P.S.: The story behind the razor blade slot that quite a few people find when home remodeling has a simple explanation - some houses built before the 1970s had these slits for razor disposal for two reasons. One was that the razors were dangerous to put in general trash, and the second was that people didn't think about littering and trash the way we do now. For them, waste used to 'magically' disappear, so dropping them into a secret place between your bathroom walls seemed like a great idea.

They Found The Old Bath Under Their Living Room That’s a hot tub not a bathtub.

Pulled Up The Carpet At The House, And Guess What I Found! Now you can argue with your family all over again, but bigger!

Treasure In My Bathroom

Wow, wow wow. I wonder the story behind, how can one leave that ring? What happened to original owners!

i'd like to know in which city the apartment is. that could give a possible hint

Not necessarily but maybe in San Louis Obispo?

My fat ass thought the second picture was a cake...

Mine too....I couldn't figure out why they left cake in the bathroom but I was happy it was found

Mine too... and I'm still upset there isn't cake

My lard arse thought the same. With green icing (frosting)

I would try to find the original's owner family to give them back these treasures from the past. There must be quite a story behind all this.

what if they are dead?

Someone must have died before they could collect that.

Maybe it has been the appartement of an old lady who once hid her treasures there and then forget about it.

Anyone else think Picture #2 was a moldy cake?!

I'd try to find the previous owners

So sad when this happens. People hide things, pass on, and the heirs have no idea what happened to the keepsakes.

I love the bottle and alkaline seltzer container too!

I see an awesome mistery ready to be solved!!

At first I thought it was nice of them to leave treasure for the next person. But now that I see jewelry too, I realize they just forgot where they put it or something horrible like that.

Amazing! Did you try to find any living relatives to return items to them?

In the first pic, how do you reach the toilet paper? It's stuck there on the left part way behind the cabinet ...

You're looking at the inside of a medicine cabinet set into a mirror, the tp is reflected.

The quarters are from 1964, property records in city hall might give the finder some clues.

If that is a real diamond it has a signature on it when a jeweler seen into it they will discover who when what but probably not why.

Diamonds aren't signed. Modern certified diamonds have a lab certificate number that was engraved by laser. This ring is obviously too old to have a laser engraving.

That ring is gorgeous!

That house must be John Wick's old appartment.

I would love to find that. I wonder who the original owners are and if they have any descendants.

Wow I'd love to find that!

Wow what an exciting find 🧡💛❤️

Those half dollars & quarters made in the 60s are worth $500-$3k cause they're real silver. I'd take those to a pawn shop.

wonder how much it all costs

I would love to find out about the original owners for the stories behind their treasures and they came to rest there.

wooooowwwwwwwwwwww. I need to know the bsck story!

My guess is that an old lady lived there, she eventually forgot about it.

Please make an effort to find the owners or their family! If you do, you will be blessed many times in return. Ppl leave stuff behind for many reasons. I know I've left personal treasures behind on accident and the ppl who left this, it would make them, or their family very happy. Of course I do understand it would be crazy hard to find the right ppl and find honest people who can describe to exact detail where it was, what it is, and the exact address.. but PLEASE, at least make some type of attempt. These types of finds usually happen right when you absolutely could use it, BUT like I said before, it will return many times if you at least try to find the owners

Oh my woweee! What a nice secret to find for a hide hole!

Wow! What a lucky find! How exciting!

What did they take this with, a potato?

Can anyone tell me what that note says?

woooowww... is that caesar on the coins?

Isn't the chain just for hair in the drain??

Strange and wonderful at the same time.

Also second photo down is just lath and plaster.

You did not removed the bones inside, right?

That's a whole lot of silver and a very nice ring. Wonderful :)

Straight to the pawn shop...

Let me call a friend who is an expert on rings, silver coins and old alka seltzer tubes.

quarter from Canada? don't Worth that much

"Don't worth much"? Worth about as much as your education, or lack thereof?

Those are silver coins. I have a box of old Canadian silver coins my grandad left in the sawdust under his table saw, lol. Canada made its quarters 80% silver until 1967, then 50% silver from '67-'68. Those American coins are silver, too. The melt value alone of silver coins is about 10x their monetary value - however if they are rare or otherwise collectible, they are likely to be far more valuable.

I Was Helping My Dad Move Into His New Office, When We Found A Trapdoor

I would be fascinated to go through all that stuff That'd be cool for a kids' room I've seen restaurants built in old banks where you can eat in the vault... Very cool Found A Paw Print On A Brick Wall That is really cool, anyone knows where exactly it is? My Grandparents Have A Glassed-Over Well In Their Kitchen They bought the house 10 years ago, they stripped it down and they found it then. They thought it was quite unique and wanted it as a feature, it’s about 25 foot deep and connects to a small old river that ran under a long time ago. Fortunately I have yet to see anything down there!

Where does the light in it come from?

Our New Apartment Has A Little Milk Door Under The Cabinets That is so cute .

I would be worried that the 'surprise' waiting for me after opening a secret cellar door would be eternal damnation and pure unbridled evil carnage...

I will probably paint black bars on it to make it more realistic! I've seen this Dr Who episode, just run or be come one of them!

Looks painted under the influence

Found A Message While Removing Our Cork Floor Tiles My Living Room Was Built Around A Huge Sandstone Rock This Wall Broke Exposing Years Of Layers Of Paint Think of all that space you are losing, scrape it off and gain and extra cm!

Found Some Nice Drawings Under The Wallpaper I'm Removing I have so much urge to give it a Go! Like they show it in movies! I'm just waiting for the little cartoon mice to pop up! Not bad at all!

Nope. I've seen the Ring, I know what happens

So I Just Moved Into A New Apartment, And Made A Big Discovery

That is awesome. Imagine having this extra space that you aren't paying for . Its awesome. I would clean it and make it livable and not tell anyone. The origins of Burning Man! Honestly, to me it looks like just a wash basin, may its the perspective which is making it look small or that is really small bath tub for midgets! 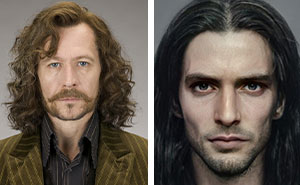 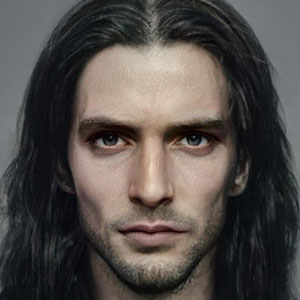 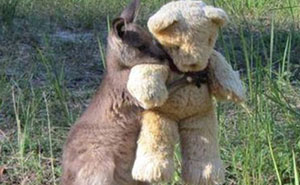 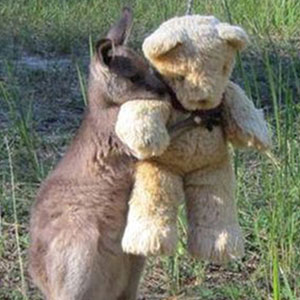 Apparently, Disposing Of Old Razor Blades Inside Your Wall Was Acceptable In The 1950's

In their defence it is labelled 'razor blades'.' Where else could you possibly dispose of them?

This Mail Slot In A Building I Was In Today Sends The Mail Down 17 Stories To The Basement. Original From 1929 I love it the way it is maintained and preserved. A gateway to 1929! Careful, there might be knob and tube in there, and that stuff is bad news.

This Building Has The Original 1909 Electrical Switches